How Industry 4.0 will Impact your Business

Industry 4.0 has been thrusted into the limelight lately. The coronavirus pandemic has meant that organisations from all kinds of industries could no longer depend on the on-site staff levels they could usually expect.

This has particularly affected the manufacturing of goods, which depends highly on the technical expertise of key staff members. The pandemic not only affected supply, but also caused spikes and lulls in demand, putting additional strain on the manufacturing and supply chain sector.

It’s therefore more crucial than ever for organisations involved in the supply chain of goods to optimise their operations as much as possible; reducing the dependency on human staff, and utilising data in planning and decision making. This is where Industry 4.0 comes into play, addressing these issues, and many more. To understand how and why Industry 4.0, it’s useful to first look at the industrial revolutions that have come before it.

The first industrial revolution was characterised by the move away from doing these by ‘hand’ (work that would now be considered ‘craft’) to machine based production. These machines would often use steam, water or mechanical levers to achieve results previously unattainable. A key example of this is the ‘spinning jenny’ which revolutionised the production of textiles.

The second industrial revolution refers to the period where infrastructure was furthered, primarily through the development of railroads and electricity. This then laid the foundations for the production lines, and the advent of mass production.

The third industrial revolution was towards the end of the 20th century. Here, computer chips began playing a major role in supply chain operations. It also saw the advent of software, again playing a crucial role in manufacturing and supply.

This brings us to what can be described as the ‘fourth industrial revolution’ – Industry 4.0.

Industry 4.0 is a broad term to describe the next phase of technological development, which manufacturing and the supply chain of goods is currently entering. It consists of key technological themes, including:

These can be considered as the overarching themes of industry 4.0. They themselves however are only part of the picture. Industry 4.0 in its current state is made up of more specific technologies that are currently in use, or are being researched for future use in real life settings. This includes: IoT devices (internet-of-things), smart sensors, location technology, 3D printing, user authentication, big data processing and many more.

So now we know what industry 4.0 is, and what it’s made up of, it’s time to explore some examples of Industry 4.0 use cases, and the benefits that it can bring.

Parts of the manufacture of Apple’s iPhone is known to occur in Foxconn factories in Shenzhen, China. These factories are highlighly advanced, having embraced industry 4.0 technologies, in particular, robots and automation. These factories have the nickname ‘lights off’ factories – owing to the lack of human staff and therefore not requiring lights to be switched on.

What makes this even more fascinating, is the fact that Apple technology is beginning to be used in other industry 4.0 manufacturing processes. Clearly their results have spoken for themselves, and other companies are looking to achieve similar results. If you’d like to find out more about how Apple factories are embracing industry 4.0, have a look at this article on kr-Asia.

As nations continue to develop and populations grow, the demand for food increases. Coupled with global warming and constant environmental change, the pressure on agriculture to adapt grows. One way they’re adapting, is by embracing Industry 4.0.

Technology currently in development for the agriculture sector include smart sensors, 3D printing, drones and data analysis. They mostly work to reduce the amount of wastage in farming, through accurately indicating to farmers where to apply irrigation and nutrients. One example is the Sequoia from Parrot, a system that uses drones and smart sensors to evaluate the requirements of the crop.

The potential for Industry 4.0 technologies to be applied to the agricultural sector are vast. If you’d like to find out more about some of these exciting developments, we suggest reading this report from Oliver Wyman.

The pharmaceutical industry is one that faces intense scrutiny from regulators and governing bodies, to ensure that the medicines being produced are up to safety and quality standards. To maintain this level of quality, the industry practices ‘continued process verification’, where manufacturing data is constantly being measured and assessed.

Industry 4.0 significantly improves pharmaceuticals manufacturers ability to continually verify their processes. By utilising smart sensors and advanced data analysis techniques (such as machine learning), information transparency is achieved, improving the accuracy of process records. For more information on some of the technologies being used, we suggest reading this report for Purdue University.

Industry 4.0 doesn’t just impact the manufacturing of goods. The whole supply chain stands to benefit, with a key example being the distribution centres. Distribution centres are becoming more efficient, flexible and competitive, thanks to the adoption of technologies such as robotics, smart sensors, data analytics and IoT.

The availability of more and more data, has dramatically increased distribution centres ability to plan, meaning inventory is held for shorter periods of time, thereby reducing costs. Likewise, the increased use of automation through robotics and IoT increased speed of delivery and reduces human error. There is a huge amount of opportunity for distribution centres to embrace Industry 4.0 technologies even further. For more information on this, we recommend taking a read of this report from Deloitte.

Since so many businesses are dependent on the manufacture and supply of goods, then improvements in these industries will cause a ripple effect, spreading the impact to other businesses in different industries.

Though Industry 4.0 is still in its early days, the future impact of this technological era can already be foreseen. We expect that this will include: 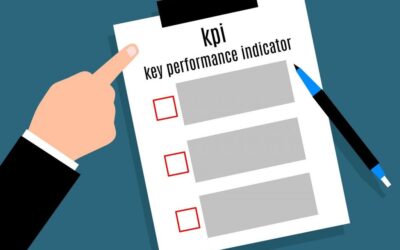 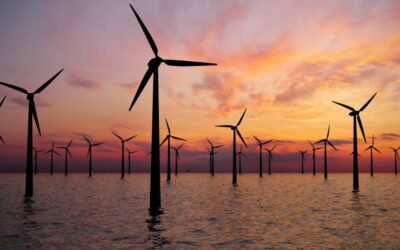 2020 was no doubt one of the most challenging years in recent history. The shock of the pandemic overshadowed issues around the environment and... 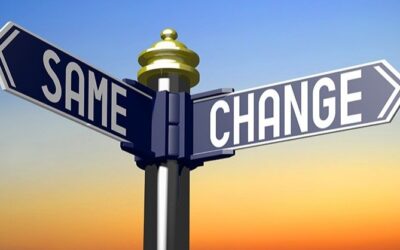 An organisation that stands still is one doomed to fail. For organisations to continue operating effectively, they’re going to have to change and...

Any cookies that may not be particularly necessary for the website to function and is used specifically to collect user personal data via analytics, ads, other embedded contents are termed as non-necessary cookies. It is mandatory to procure user consent prior to running these cookies on your website.

We'll send you regular updates about the product as it develops and when it will be available.

You have registered your interest