Examples of Innovation in the Workplace 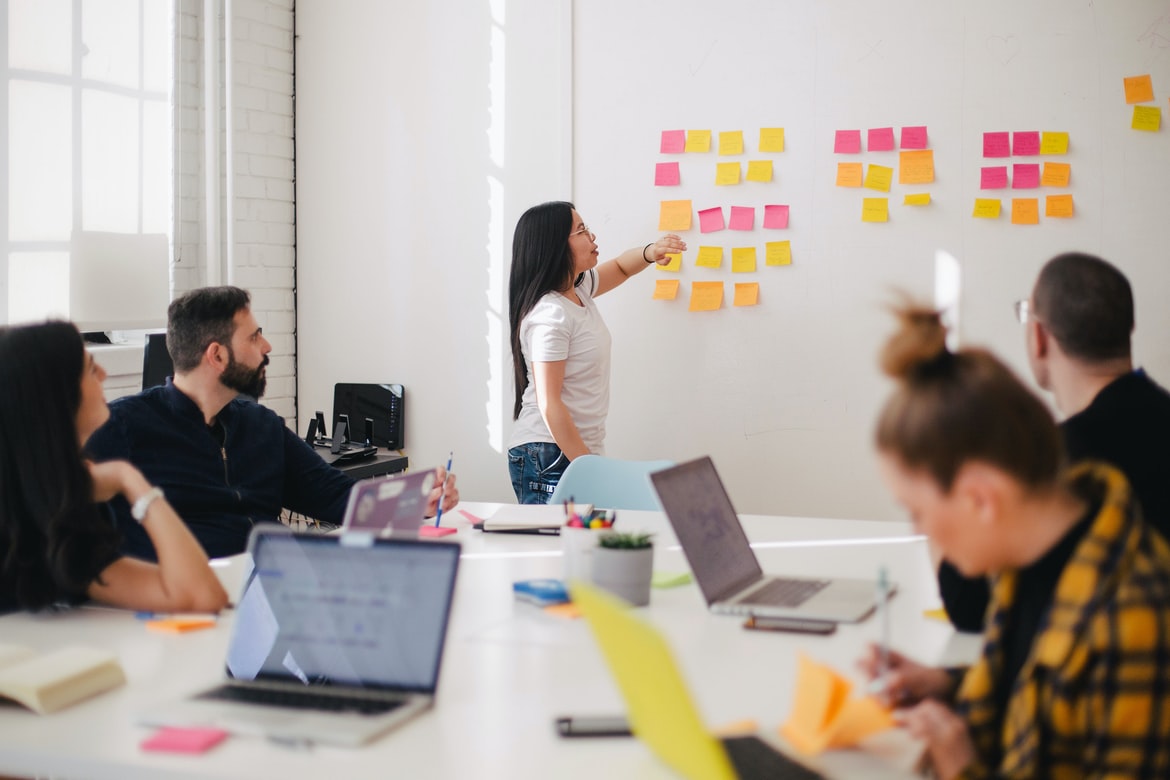 What is Workplace Innovation?

Before talking about examples of Innovation in the Workplace, it’s worth taking a minute to explore what’s meant when we say “Innovation”. But if you don’t need some blog telling you what “Innovation” means, then go ahead and scroll to the examples! We don’t mind.

Innovation can seem like a buzzword sometimes - some nebulous concept to do with changing things to be newer, sexier, better. It’s a hot potato at the moment, with companies needing to adapt to the triple threat of digitalization, the Covid-19 pandemic, and the climate crisis.

For many people, “Innovation” means new technology, and this is often true – see our blog on successful examples of Product Innovation. But, the meaning of innovation is much broader than the introduction of new tech. Professor Benoit Godin of INRS Montreal tells us that the concept of innovation was born in Ancient Greece, where it meant changes to laws and political constitutions. Later, early Christians used the word to mean “spiritual renewal”, and perhaps this is what many companies mean when they say “Innovation” today. Godin tells us that after the Protestant Reformation, innovation became for a while a pejorative concept, viewed as introducing dangerous change into the established order, and innovators were persecuted. Luckily, from the 19th Century onwards and certainly after World War Two, innovation was seen as a tool for political, social and material progress. I for one am glad that innovation today is more likely to involve smoothies and zoom calls than dungeons and rusty thumbscrews!

“workplace practices and cultures which enable employees at all levels to use their knowledge, competences and creativity to the full.”

A lot of the workplace innovation philosophy is simply creating the space for employees to use their own initiative to help create the future of the company. As Steve Jobs said:

Here are some instances of companies making bold changes to the workplace that in a bygone era might have had them pursued by the inquisition, but that in the 21st Century led them to profits, happier and more innovative employees, and success :

The life of a yoga teacher can be a precarious balancing act. While yogis model poise and inner peace in the studio, the employment landscape can be treacherous and teachers are often under a lot of stress.

This is because yoga teachers generally work on a freelance basis, paying studio fees and relying on a good turnout to make a profit. It is notoriously difficult to make a living on yoga teaching alone, with many relying on other jobs or independent funds to stay afloat.

Marianne Meehan and her business partner James Wilson, founders of Tribe Yoga, decided to challenge this, when they spotted a gap in the market for a high-end yoga studio in Edinburgh. After engagement with the Innovating Works initiative at the University of Strathclyde, Marianne and James decided to break from the status quo of hiring only self-employed teachers. Instructors were given the option to move to employee status, and every one chose to do so. They haven’t looked back.

“It's quite lonely being a yoga teacher... you move from studio to studio with little team or client contact beyond your teaching hours. At Tribe I know most of my clients by name and have developed amazing friendships with my colleagues. I'm far happier being at Tribe, and I know it shows in my classes.”

There have been many business benefits too – employees are engaged and invested in the future of the business. Teachers also work on social media, events, marketing, reception work and sales efforts. Sick leave and absenteeism are way down.

Tribe Yoga made the bold decision to innovate beyond the “passion exploitation” model too common in the yoga teaching industry. Did offering fair and stable employment work? Well, Tribe Yoga achieved £1.5m turnover after 3 years, and now has 3 sites in Edinburgh, attracting a diverse clientele including Premier League footballers. It worked.

I expect you’ve heard of Art Fry, a scientist at 3M who dreamt up the idea of applying weak adhesive to the back of a piece of note paper.. and the post-it note was born! A classic example of product innovation. But what you may not know is that this light bulb moment was the result of a workplace innovation.

Fry came up with his now ubiquitous invention during his “15 percent time”. At 3M, employees are encouraged to set aside a part of their on-the-clock time to “proactively cultivate and pursue innovative ideas that excite them”. This is a fairly common practice nowadays, with Google, HP, and other tech giants offering similar initiatives. (Google’s 20 percent time  birthed Gmail, Google Earth, and Gmail Labs). But 3M introduced 15 percent time in the 1950s, a period of rigid hierarchy and strictly defined job roles. It was a radical workplace innovation, and led to radical success.

15 percent time continues to be a fixture at 3M. IT was implemented under William McKnight, who outlined his attitude to management:

“Hire good people and leave them alone. Delegate responsibility and encourage men and women to exercise their initiative. Management that is destructively critical when mistakes are made kills initiative. And it’s essential that we have many people with initiative if we are to continue to grow.”

For 3M, Google, and other companies, allowing employees free space and time to be creative and to risk failure has allowed huge ideas to flourish.

We Live in A Society – Gamification at the DWP

If I were to ask you to name the most hip, cool, progressive organisation operating today, what would you say? The UK Department of Work and Pensions, right?

Exactly! In 2011, the generally beige DWP got on board with one of the hottest ideas at the time – gamification. If you use a gaming app, Duolingo, or, well, anything really – you’ve encountered gamification. It involves the application of “game” elements such as point scoring, competition with others, and linear progression, to other arenas of activity, such as learning a language or keeping fit. Or encouraging innovation at a large government department!

In 2010, the DWP developed a gamification platform to encourage innovation – Idea Street. If an employee comes up with an idea, they get points – “DWPeas”. These Peas could also be earnt for developing that idea, or the idea of a colleague. The Peas could also be “invested” into proposals and shareholders would profit (with more Peas) if the project progressed but would lose their Peas if it was scrapped. The most successful participants were temporarily seconded onto the innovation team.

Did it work? More than 6,000 staff used Idea Street and over 60 proposals generated using the scheme were implemented, saving more than £20m. It also encouraged a culture of innovation, and the cross-pollination of ideas. The system was rolled out to a number of other government departments.

What can we learn from these examples of Innovation in the Workplace?

There’s no one-size-fits-all formula for what makes successful Workplace Innovation, but this definition from Totterdill, P., Dhondt, S & Milsome, S gives a pretty good description of what we’re after:

‘Workplace Innovation’ defines evidence-based organisational practices that enable employees at every level to use and develop their skills, knowledge, experience and creativity to the fullest possible extent, simultaneously enhancing business performance, engagement and well-being.

This can look different for every organisation. Workplace Innovation often means going against the grain. We saw how in the case of Tribe Yoga, applying an fair employment structure to a wishy-washy sector paid off. Conversely, with 3M and the DWP, it was creating a little blue sky and allowing employees to play within rigid organisations that led to fantastic success.

Workplace Innovation often involves taking risks. At large organisations it requires the exchange of information between many departments. Its benefits can also appear nebulous and difficult to justify to stakeholders. Intuitix centralises and streamlines the innovation process, reducing time spent on administration with a single version of the truth. Intuitix also automates stakeholder communication, providing full transparency at every step. Allow Intuitix to disentangle the workplace innovation process, leaving your employees free to come up with the next post-it note.